Installation view, including Untitled and Column from Garrison Art Center. 2012 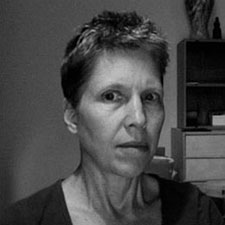 My work translates forms into a language of metaphoric associations. It hints at meanings without using literal descriptions. Objects are the visual sounds of this language. When placed together these words form a sentence, a poem, and a kind of narrative with its own internal logic. The pieces look like . . . feel like . . . sound like . . . but cannot be consciously identified or named. With this work I am striving for a sense of unnamable familiarity.

My work tends to approach ideas in a non-linear fashion. Pieces play off of each other unconsciously, forming a complete thought when displayed together. The work is generally large-scale handbuilt sculpture, and the format varies between wall-work and freestanding elements. Some of the work consists of single objects. I view these pieces as words or emblems. More often the work is a group of objects, or a composition. Ceramic forms are used as a sculptural canvas to draw on, creating interplay between painted shapes and actual shapes. The physical scale and formal qualities of the work reference the body.

The boundary between two and three dimensions is an important aspect of the work. Three-dimensional objects are concrete and real, whereas the world of the painted image is illusory. The shadow of a tree moves and changes, it is ephemeral, but the tree that casts the shadow is physically present and real. I view the juxtaposition of these elements as the here and now (real) meeting up with the infinite and intangible. The surfaces and drawings on the forms are inspired by an array of sources including maps and aerial photographs.