Lindsay Pichaske - “The Missing Grew Large Between Them”

Lindsay Pichaske - “The Missing Grew Large Between Them”

Lindsay Pichaske - "Where You End and I Begin" 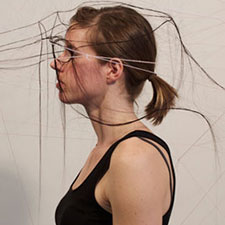 Lindsay Pichaske is an artist and educator based in St. Louis, MO. She received her MFA from the University of Colorado, Boulder and her BFA from the University of North Carolina, Chapel Hill. Her work is exhibited throughout the country, including Jane Hartsook Gallery at Greenwich House Pottery in New York City, SOFA Chicago, Duane Reed Gallery in St. Louis, and Flashpoint Gallery in Washington, DC. She was a long-term resident artist and Taunt Fellow at the Archie Bray Foundation for Ceramic Arts (2011-2012). She received an “Emerging Artist” Award from the National Council on Education for the Ceramic Arts (2013) and the Maryland State Arts Council Individual Artist Award (2014). She has taught at various institutions, including Maryland Institute College of Art (Baltimore, MD), George Washington University (Washington, DC), and Penland School of Crafts (Penland, NC).