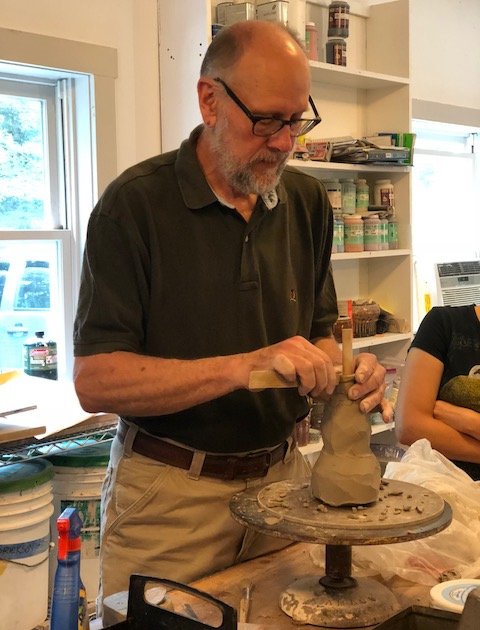 I approach the composition of my work with spontaneity and immediacy, discovering the form during the process of making it. My alteration and manipulation of solid clay emphasizes the plasticity and gestural qualities of that material while achieving asymmetry. I seek to push the disorganization and the subsequent reorganization of the vessel from being a member of the “pot” realm to becoming an abstract object in the sculptural realm while retaining its function. Beginning with a solid mass of clay, I use a metal and/or wooden blade to shape the exterior surface. While I may have preconceived notions of the form, it is through spontaneous manipulation that the exterior of an object is derived. Once the clay stiffens, I hollow out the interior by hand with a carving tool, a process known as 'kurinuki'. This technique, in which a form is dug or carved out of solid clay instead of being shaped on a potter’s wheel or made from coils or slabs, is a process that allows me to intently focus on the inner shape. I strive to keep a balance between the outer and inner movements of an open form.