Sarah Blitz - "Between land and love"

Within me, No. 3, 4 inches round, Porcelain, Terra Sigillata, Oil

Sarah Blitz - "To hold the air"

Sarah Blitz - "Guardians with Between land and love"

Guardians with Between land and love, Installation view 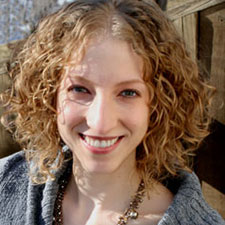 Myth, legend, allegory and fairy tale often contain wisdom beyond the pleasure of their story alone. While we travel to the world of the tale, truths hide behind trees and in strange happenings. Such discoveries become meaningful, when found in Plato’s cave or through Lewis’s wardrobe, in ways that would not touch us if presented as statements of fact.

I find my work in the deep woods within my imagination. The forest is so dense and large that one could easily become lost. It is a place of mystery where the unknown awaits discovery. Myth and history hang in the wind. Finding my way through the trees I stumble upon an object. Finding this artifact, I begin to tell myself a story of its life. The past, present, and future of the place and the thing all exist simultaneously within the object as in a dream.

Like the forests of folk and fairy tales, spiritual and religious teachings, legends and myths across cultures, what I find in these woods and translate into objects are metaphors for real experience. My work springs from this vision of the woods in an attempt to bring the intangible into visual space. My touch transforms the clay, the dirt, the earth, into the object of my imagination. Manipulated natural imagery is the language I use sculpturally to convey meaning and reconnect with both the actual woods and the metaphorical woods of inner self.

Each piece holds within it the energy of my labors, the aura of my story, and the mysteries of its origins. I assure the viewer that I have given it its own myth, placed it within my legend, but to define more would be to kill its spirit. As in myth, I believe, the discoveries the piece holds have the most meaning when they are found by the viewer themselves, when my stories are interpreted through another life story.