Shanna Fliegel - “Use and Consumption”

Shanna Fliegel - “Coyote in the Arctic” 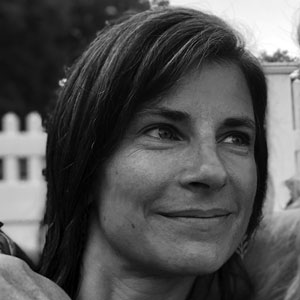 Ancient Sumerian culture used clay to keep track of items, counting, tallying, creating civilization's first inventory. Clay has an innate ability to record marks, scratches, and impressions, and it is my intention to take part in that story through color, texture and imagery. Preserving both personal and universal experiences on clay surfaces seems to legitimize and celebrate every moment.

New Jersey unfairly gets a bad rap. It’s not all Newark, I assure you. Growing up 50 minutes from the city while traversing the Appalachian Trail after school was a childhood of privilege. I spent my days swimming and camping as a child, and then later exploring NYC as a bridge and tunnel kid. These early experiences shaped my love for both urban spaces and the natural environment.

Leaving NJ to attend James Madison University in Harrisonburg, VA in 1997 functioned as a significant catalyst into the field of ceramics. The beauty of the Shenandoah Valley permeated my perspectives and work.

After earning my BFA in Studio Art I accepted a year-long residency at the Cub Creek Foundation in Appomattox, Virginia. As one of the very first residents here I connected with Hitomi and Takuro Shibata from Shigaraki, Japan and Sukjin Choi from Seoul, Korea. These relationships strengthened my background in wood-firing, native clays, and surface. John Jessiman, the resident director at Cub Creek, remains a formidable mentor for me.

Moving forward, I moved to Greenpoint, Brooklyn, where I embraced the urban playground that New York presents to its inhabitants. During this time I worked as a resident assistant at Greenwich House Pottery in the West Village. After developing a portfolio I fulfilled my MFA in Studio Art/Ceramics at Southern Illinois University, Edwardsville in Illinois from 2005-2008.

After graduate school I worked as a resident artist, community outreach fellow, and instructor at the Clay Art Center in Port Chester, New York. Here I enjoyed working with the local community, and taught as a resident artist at Brunswick Academy in Greenwich, Connecticut. In 2010 I was accepted as a summer resident at the Archie Bray Foundation in Helena, Montana, and soon thereafter accepted a position as Assistant Professor of Art/Ceramics at Montana State University in Billings, Montana from 2010-2014.

Last year I taught ceramics at the Sidwell Friends School in Washington, DC and recently relocated to Byfield, MA to teach ceramics and sculpture at Governor’s Academy.