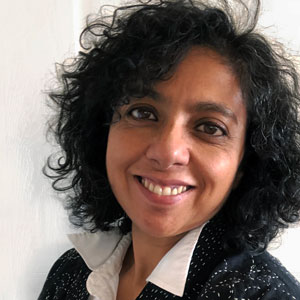 Moving between countries as different as India and the United States makes real the acute need for balance in an uneven world. I value the ability to travel, the perspective it brings and the cross-cultural platform of expression that it enables. Visual metaphor and allegory combine with my graphic arts sensibility gives my sculptural work a hybrid quality. In recent years, my work has become more experiential; through the use of immersion and interaction I seek to investigate and subtly shift the expected; address issues relating to the landscape of life and our interaction with the planet. I have at times been described as an activist artist, my motivations underscored by a delight in the mystery of life and a search for tolerance and understanding.

Connection Bench uses earth and water and patterns to explore the dual nature of separation and connection. Installed at the sculpture garden in the Hyatt in Chennai.

Lifeline remarks on our physical and psychological dependence on the river. Open hands cup a meandering, life-sustaining river, precious and fragile.

Gravitas also speaks to the commodification of the invaluable. Earth in the form of a weight is encased in two shrine-like bell jars, referencing the standard kilo that is stored under glass in an uncontaminated room in the Paris.

Urban Blooms 2nd Edition is a fragile and brittle garden growing from an earth seeded with waste. Chemosynthesis references the similar themes.

Dinner with King Midas references the myth of Midas to reflect concern at increasingly unsustainable and inhumane practice of the food industry.

The Rainkeepers is derived from the concept of an abacus and questions modern methods of quantification and commodification of invaluable natural resources. Installation at the Chihuahuan Desert Nature Park, Las Cruces, New Mexico

Fool's Gold. By 2050 there will be more plastic in the ocean than living creatures. Ceramic sails, knotted in rope patterns derived from fishing nets and ocean buoys, trawl the depths of a plastic ocean made of salvaged plastic sheeting from an abandoned greenhouse.

Mind Maps. The Earth remains constant. Who decides what belongs to whom? Who wins or loses and when? In the game of life, the shape of reality is dictated by what lies in our heads. Made during PostColonialism? a residency in Israel.

X’ing? Look Both Ways explores the distortion of perception created by our propensity for walls. A brick maze is embedded with a succession of porcelain eyes, the pupils made of lenses recovered from dismantling obsolete televisions, that I, mechanic’s bag in hand, scoured the countryside for. The stories of the people I met and the knowledge that these lenses were once used for projection is buried within the lenses. Looking through them inverts everything on the other side; a window into the mind’s eye, or a question about where reality and perception meet?

The dramatic landscape and wide skies of my home in New Mexico is a constant source of awe. I remain deeply aware of the Native American belief that we do not inherit the earth from our ancestors; we borrow it from our children. I hope that art’s ability to breach boundaries may yet make a difference, paving the way for a deeper communication.

I grew up surrounded by Indian lore and African artifacts from a nomadic childhood in Ghana and later in India. After graduating in Visual Communications from the National Institute of Design, India, I worked as a graphic designer initially and then took the plunge and pursued my love for ceramics. Apprenticing under Ray Meeker and Deborah Smith at the Golden Bridge Pottery in Pondicherry in South India gave me a deep grounding in clay and a step into the larger clay world. In 2000 my husband, young son and I moved to the United States. Working as a studio assistant at the Arita Porcelain Studio in the University of New Mexico, I was able to hone my skills and my eyes before joining the Houston Center for Contemporary Craft artist residency. Since 2006 I have maintained an independent studio punctuated by travel and periodic stints in international artist residencies.

My work has featured in the journals Ceramics Art and Perception (CAP) and in Ceramics Ireland, and in the The Craft and Art of Clay by Jan Peterson. I have also personally written for CAP, Ceramics Ireland, New Ceramics and the Dao magazine. I frequently present on topics of interest at clay-art related events around the world. At the NCECA 2018 in Pittsburgh I moderated a very stimulating discussion on cultural appropriation in the arts. I have exhibited in the UK, China, Greece, USA, Australia, Taiwan and India and the International Academy of Ceramics inducted me as a member this year. I relish the opportunities it gives me to interact with artists across the globe.

I have just finished work on Breaking Ground, the first Indian Ceramic Triennale where I was part of the Core Curatorial and Working Committee. It was held in Jaipur from August to November 2018 and was incredibly successful. The triennale had a footfall of 14000 visitors and showcased the work of 47 Indian and non-Indian artists working across the spectrum of ceramic sculpture.

I have just been selected for a solo exhibition at the Roswell Museum of Art Center for October 2019. After two intensely public years immersed in the work for the triennale I am looking forward to a period of intense thought and development in the coming year.