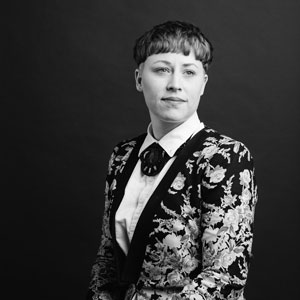 As John Berger observed, “Men act. Women appear. Men look at women. Women watch themselves being looked at.” His idea is that, the nude in western art reveals a taming of the female body creating biased view of what is “ideal beauty.” As a result, women in our culture learn their own particulars for self-surveillance, the internalization of these “ideals” results in shame that many women have for their own sexuality, particularly when it fails to measure up to its alleged reflection in pop culture. As well as how we compulsively confront that shame by returning to those images on a daily basis. Consequently, we fashion and refashion ourselves through these encounters, which only provides fragmentary mis-recognitions that we are conditioned to accept and emulate.

This experience with our own image is more like a distorted carnival mirror, in that we recognize what is depicted but it does not necessarily correspond to how we see ourselves. I use the nude female body as a site of resistance, I want to exaggerate this dysmorphic view of the female body in culture. The rendering of the figures reveals a raw nakedness that is aggressively emphasized by its tactility, giving birth to a sort of angst. I use the idea of movement and intuitive expression to articulate the feeling ones continually changing interior self, to then be projected in an exterior space. I use this strategy of making in an effort to unravel feminine truths through mimicry of the “ideal”, to make the unseen visible, and ultimately disrupting this singular notion of a “correct femininity” that has both the potential for creativity and destruction. This deconstruction is to dissolve, to oppose traditional binary distinction. It is a critical practice of playing with ideas and thus destroying convention and giving representational form new thoughts.

Stephanie E. Hanes was born in Alberta, Canada in 1985. In 2009 they received a BFA from The Nova Scotia College of Art and Design University in Halifax, Canada. Hanes is a MFA Graduate of Ceramics at the Rhode Island School Of Design in 2017 and received the prestigious Toby Devan Lewis Fellowship for a graduate student with exceptional promise. Stephanie was awarded the 2020 NCECA Emerging Artist prize and in addition Stephanie has exhibited Internationally with a solo show at C.R.E.T.A Rome Gallery in Italy and several group shows at Lefebvre et Fils Gallery in Paris, France. Their ceramic sculptures have been exhibited throughout the USA in New York City, Providence, Seattle and Los Angeles. Hanes is a full-time lecturer in 3D4M at University of Washington in Seattle, where they teach sculpture and ceramics.