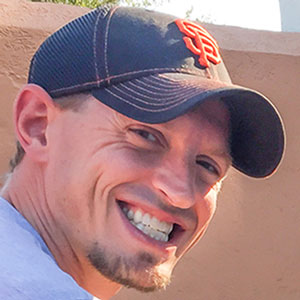 The use of precision detail is a crucial aspect in the relationship my artwork shares with viewers. While focal points of emphasis control the overall direction it can be less prominent elements that produce the aesthetic jabs that can momentarily stun and stop viewers in their tracks while trying to grasp the minutia of a well-told story.

Using porcelain vessels as graphic clay canvases, my ceramic artwork is a narrative investigation into various folklore and popular culture connections that human civilization has with alcohol and food. The series of artwork uses demographic trends & patterns, satirical tongue-in-cheek humor, social commentary, and human geography to focus on the history and mythology of sustenance as it parallels the advancement of our society. My ceramics also has a connection to the illuminated manuscripts produced during the Roman Empire, only substitute the visual religious crusade with wit-laced cultural references.

Stuart Asprey (b. 1976, Kirby Muxloe, England). Earned his MFA from the University of Oklahoma and received an undergraduate degree in studio art from Humboldt State University in California. His creative activity focuses on illustrative porcelain vessels that offer visual narratives into various folklore and popular culture connections that human civilization has with alcohol and food. Stuart has been chosen to participate in over 70 national and international exhibitions during the last decade and has been recognized with numerous awards and grants.