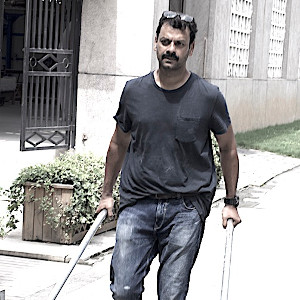 Shaping stories that seem to be as old as the earth, ceramics in India dates back to a time even before the Indus Valley civilization and some examples of Harappan pottery reflect remarkable skill and beauty that amaze us even today. Modern day Gujarat extends from the very region that the Harappan sites once existed, and traditional potters still use clay from the same region as was used 5000 years ago. Being in close proximity to trade routes that connected the subcontinent to Central Asia, and having a 1600 km coastline, this region was exposed to diverse influences through invasions and trade, notably the Mongols and Arabs.

As much as Vinod Daroz’s works exude a tranquil space of articulation, the vibrant glazes, stark contrasts and incessant repetition speak of a restless temperament; one that is insatiable in its attempts to achieve perfection and hence he arrives at poetic refrain within his prolific production of high-temperature ceramics. As long as there is earth and fire, and two hands to shape an imagination, the potter's wheel will keep spinning.