Vlad Basarab - “Books of Fire: The Archaeology of Knowledge” installation 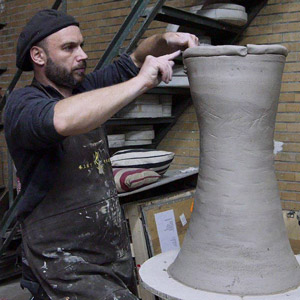 In 2018, he is representing Romania at the European Ceramics Context Curated Exhibition in Bornholm, Denmark.