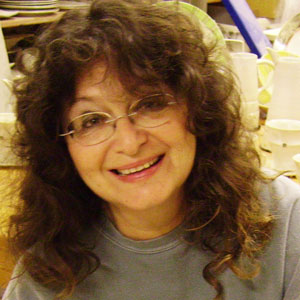 As a student at the Hebrew University of Jerusalem in the early 1970’s, Novak became involved in art education in the Youth Wing of the Israel Museum. Later, at the Rockefeller Museum in East Jerusalem, she taught highly gifted children with special needs who came from both East and West Jerusalem. Here she taught her students in a space that was originally a warehouse for Nabatean pottery and she incorporated the museum artifacts into her curriculum. In this environment of exquisite ancient pots is where the artist’s fascination with ceramics began. Her career path changed and a lifelong commitment to clay ensued.