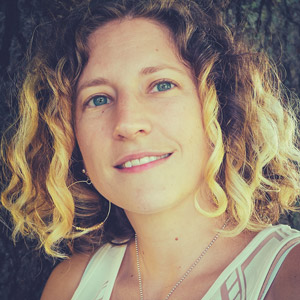 Growing up in a family of makers I was surrounded by paper, paints, yarn, fabrics, and clay. The women in my life made things for the home and a desire to create useful objects was inevitable. That desire has stayed with me over the years. Clay is the medium that speaks to me and I have fallen in love with the intimate nature of utilitarian ceramics. From the subtle interaction of a lip on a cup, to the display of a dinnerware set, I love how functional ceramics can be part of our everyday experience. My work is an exploration of form and surface. I often look to historical ceramics for inspiration, from exquisitely carved Song Dynasty ceramics to ornate tea sets from 18th Century Meissen Porcelain. I like to combine these elements into functional wares but incorporate a modern approach to design and surface decoration.

Dara Hartman is a full time studio artist based in Salt Lake City, UT. She is the founder of UtahClay.org and in 2017 she was brought on as the Assistant Director to the Women Working With Clay Symposium at Hollins University in Roanoke, VA. She received a BFA from Virginia Tech and an MFA from Montana State University. In 2005, Dara was an Artist in Residence at the Archie Bray Foundation in Helena, Montana. After graduate school she moved to Washington and was an Adjunct Professor at Clark College in Vancouver, WA and at Oregon College of Art and Craft in Portland, OR. While in Oregon she was commissioned by Marriott to create 70 figurative sculptures for their Courtyard by Marriott Portland City Center hotel. Most recently, Dara’s life has taken her to Salt Lake City, UT where she worked for 3 years as a product designer, a design team leader, and traveled to China to work with factories on model design and production.