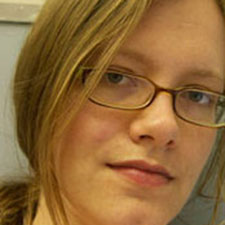 I draw from the natural world and our processed knowledge of certain phenomena within the environment to question what it means to be human. My work constructs a visual conduit between human and animal behavior with sculpture of both man and beast that symbolizes psychological and physiological modes of protection through a panorama that metaphorically transforms natural imagery into an emblem for emotional escapism. Battles take on many forms internally and externally. I question psychological responses to conflict and the resulting disconnect with the real world. Stories of disease, love, war, and natural disaster begin to forge correlations to a rootless existence that stems from an overall loss of control.

The way natural history uses an image, often functions as allegory. My human and animal figures evoke the corpse-like qualities: stiff, rigid, preserved and petrified, that the taxidermied, figurative objects of the museum possess. My tapping into scientific images as cultural icons and visual representations unveils social interactions and interpersonal behaviors. Typically our external world represents reality and our internal world equals fantasy. But have these roles reversed? With conflict, anxiety and over-stimulation surrounding us, does reality based fantasy becomes fantasy-based reality?

The falseness and vanity of their trappings become pleas for help, graciousness or possibly even simple recognition. I intend for the viewer to be able to unpack these visual narratives that I provide—to be capable of seeing themselves in others, to imagine seeing through other people’s eyes? To consider the face value of images and what, more importantly, lies beneath. My approach to the content and form of the natural history display replaces factual with fantastical or even hard to believe information, and rejects the hierarchy of scientific truth over the truth of fiction.