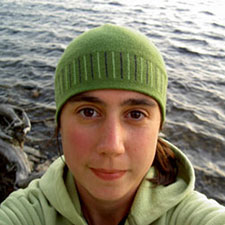 I arrived at night. I was shocked at the blackness of a Maine night. The next morning I awoke to a blizzard and was amazed by the whiteness. I think of Maine as white. White house in white snow and white roads, white sky, even the ocean seemed white. My life was white. I was removed from the color of community and now unknown, alone in the silence of a new environment. I found a pink house in the middle of whiteness and immediately found an infinite amount of love for it. A pink house was an island of difference in a sea of same. As the winter of white went on – I began to find distinctions – variations within the whiteness. The pink house began to feel obvious. I discovered uniqueness, clarity, and depth in the world of whiteness.